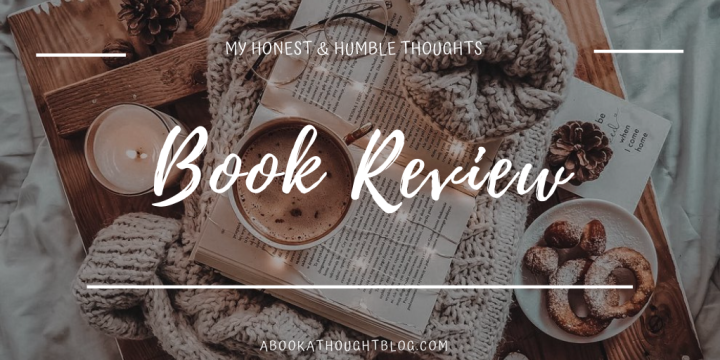 A fresh, irresistible rom-com from debut author Emma Lord about the chances we take, the paths life can lead us on, and how love can be found in the opposite place you expected.

I want to thank NetGalley & St. Martin’s Press for providing me with a copy of this book in exchange for an honest review.

This book is generally super cute and I enjoyed the romance as well as the personal growth of each character, which, in fact, both main characters are super well created, and are very likable. I couldn’t connect 100%, but I think it’s due to my relationship with the genre that is a hit or miss for me most of the time, super personal, though. I can see there are situations in this book that are quite unbelievable and the mean tweets situation get a little out of control, I feel that it’s over-the-top dramatic, you know?. Even so, I enjoyed it a lot and had a great time reading it.

Tweet Cute is a rom-com that follows the point of views of Pepper, who’s a perfectionist girl, who works very hard to stand out academically and thus be able to go to a good university, but at the same time secretly manages the “Big League Burger” Twitter accounts, the fast-food chain that her parents began long ago as a small project and ended up being one of the most important fast-food chains. And although everything seems to shine for Pepper and her seemingly perfect life on the Upper East Side, her family is coming down and must deal with many family issues and huge pressure for her future. On the other hand, we have Jack, who works very hard in his family’s deli to try to get it afloat, while trying to get out from under the shadow of his popular twin brother. But when “Big League Burger” steals his grandma’s iconic grilled cheese recipe, he’ll do whatever it takes to take them down, one tweet at a time. And while they begin a tweet war, they’re also falling in love for each other on an anonymous chat app created by Jack himself.

I love that just starting to read there are already references to Gossip Girl and Blair Waldorf (my queen) and I just saw that coming since Pepper lives on the Upper East Side, it’s obvious the references would come and I LOVE that. I really like how the story is told with double POVs because that way we have a more complete picture not only of the life of each character’s but also we can get into their heads to spend time with them and get to know them better, both their personalities as their dreams and desires. Another thing that stands out a lot and I think it’s probably the strongest point, in my opinion, is family dynamics. Both characters must deal with so many problems within their family and although both are young, handled everything with enough maturity and both always put their family first, a thing that I understand, of course, but ends in consequences also because they don’t find that same support in her parents, you know? Especially Pepper’s mother, who I think is too much, is a very obsessive woman with her work, so much that she almost enslaves her daughter to handle social networks, which shouldn’t be her work at all and although Pepper is very clear about her feelings I don’t think her mother really care or empathize with that, I felt so bad for her, but I understand the intention behind the author as this makes the character grow a lot. So yes, in general, that point, the family theme as such and the relationships between each family member are super different from each other, but they all have something in common at some point and I think it’s super interesting to follow both families.

I liked the writing style, in fact, the book is easy to read for the most part but was moments when I personally thought that goes around the same things and was moving very slowly, especially in the middle, it becomes kind of heavy to read. Even so, I think what the author wanted to express with this is valid and I respect it, I think there’s something interesting about getting into each character’s head and knowing what they think about every minimum thing, but it can clearly be something heavy. But in general, it’s a good writing style and I would certainly read something more from the author in the future.

I really like that take place in New York because there are many possibilities of wonderful scenes to create, so I think it was a great choice to develop there this adorable story of love and growth.

I think it touches the topic about doubts about the future and the weight of having to continue with the family legacy as if it were a responsibility and being afraid to express what they really want for their lives, especially for fear of disappointing or hurting those they love. So, all that problematic I think is super relatable and makes you get even more fond of the characters because you honestly want them to be happy. I ended up loving both boys, I think there’s an incredible maturity in them, especially I adored Jack, it has been a long time since I crossed paths with a male main character that really reach me, and he did. I really like how he sees life and how he expresses himself and his passion for things is contagious. In addition, both characters are super empathic and are nice to people. Following up on Jack’s relationship with his brother was interesting because although they obviously love each other, there’s a lot of rivalry between them. And on the other hand, we have Pepper and the relationship with her mother, super problematic for me, but I know that she has the best intentions, I just can’t stand her mother, and we also see her point of view about her sister and her mother’s fights and how she always stayed in the middle and felt that she had to take sides, I was like “poor little baby” it really hurts what she had to go through and although I understand her sister’s behaviors, is like too much drama to me, and Pepper certainly deserves better.

I loved the romance! I think it was adorable and there’s a lot of chemistry between the characters from the first moment when Jack mess up with Pepper, besides when they speak anonymously without knowing at first who the other was, I think it was adorable. There’s a time when I just wanted them to kiss, so I really enjoyed that aspect.

On the other hand, I wasn’t the biggest fan of the Tweets issue as such, there’s a kind of “misunderstanding” at the beginning and Jack feels very hurt and upset because they have stolen his grandma’s recipe that has been in his family for a long time and I understand his anger, but on the other hand, we have Pepper who only does what her mother asks her like a robot and simply don’t think too much when sending the Tweets and answers to obviously benefit and defend her side and which is the company of their parents. But I think that everything goes a bit out of context and ends up being a rather silly battle, in my opinion, I wasn’t too interested in it, besides being “Big League Burger” such a huge well-known fast-food chain really surprised me that the person they have hired to manage the networks don’t know how to do it and that a teenager is actually doing it, I don’t know, it doesn’t seem very believable to me. But I understand that it’s the dynamics of the story and is absolutely built above this idea

Although I didn’t connect as much as I’d have liked, I enjoyed several aspects, especially the characters and their romance, which is adorable and I ended up having a great time, so I still highly recommend it, especially if the Contemporary genre is something you usually enjoy, without a doubt. There are interesting family dynamics and the growth of the characters is super marked, in the end, I feel happy with what they’ve decided for their lives and the evolution of the plot is very good. I’m super pleased to have read it.