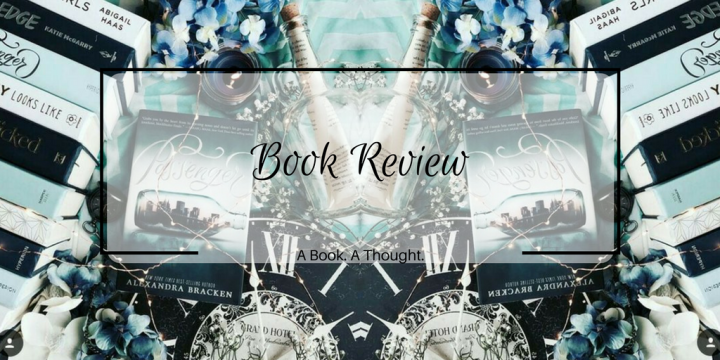 Title: The Bear and the Nightingale (Winternight Trilogy #1)

A magical debut novel for readers of Naomi Novik’s Uprooted, Erin Morgenstern’s The Night Circus, and Neil Gaiman’s myth-rich fantasies, The Bear and the Nightingale spins an irresistible spell as it announces the arrival of a singular talent with a gorgeous voice.

At the edge of the Russian wilderness, winter lasts most of the year and the snowdrifts grow taller than houses. But Vasilisa doesn’t mind–she spends the winter nights huddled around the embers of a fire with her beloved siblings, listening to her nurse’s fairy tales. Above all, she loves the chilling story of Frost, the blue-eyed winter demon, who appears in the frigid night to claim unwary souls. Wise Russians fear him, her nurse says, and honor the spirits of house and yard and forest that protect their homes from evil.

After Vasilisa’s mother dies, her father goes to Moscow and brings home a new wife. Fiercely devout, city-bred, Vasilisa’s new stepmother forbids her family from honoring the household spirits. The family acquiesces, but Vasilisa is frightened, sensing that more hinges upon their rituals than anyone knows.

And indeed, crops begin to fail, evil creatures of the forest creep nearer, and misfortune stalks the village. All the while, Vasilisa’s stepmother grows ever harsher in her determination to groom her rebellious stepdaughter for either marriage or confinement in a convent.

As danger circles, Vasilisa must defy even the people she loves and call on dangerous gifts she has long concealed–this, in order to protect her family from a threat that seems to have stepped from her nurse’s most frightening tales. 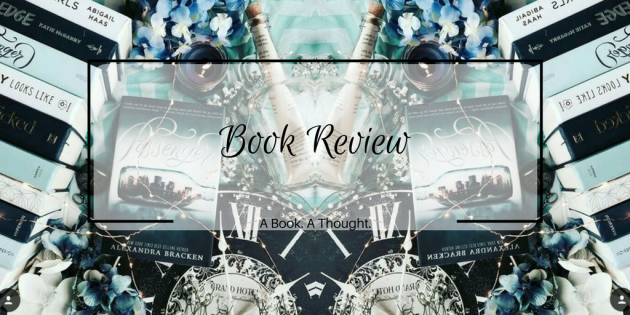 I’m very happy to have read this book in winter, because the atmosphere in it, is perfect for this time of year. I really enjoyed the mythological aspect of the book, Russian folklore has seemed fascinating to me, on the other hand it’s quite heavy and slow to read, and I have to admit that some parts were a bit boring. This book will be a challenge to review 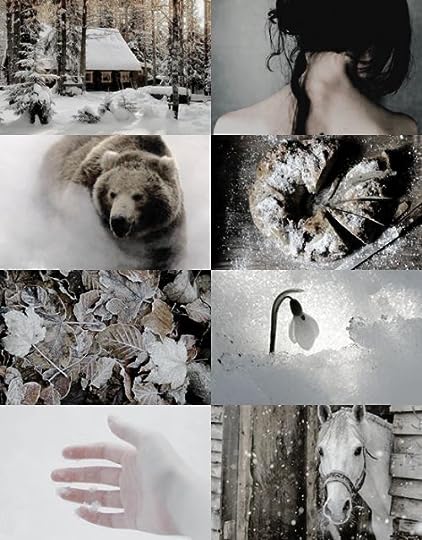 The book follows the story of Vasilisa, she lives with all her family in the Russian wilderness where winter lasts almost all year, but this hasn’t seemed to matter to her and she spends the long winter days listening to her nurse’s fairy tales together with her brothers. When Vasilisa’s mother dies her father travels to Moscow and brings with him a new wife. This religious woman forbids the family to honor the spirits of the place, but although everyone decides to make what she sais, Vasilisa doesn’t agree. But after that, the misfortune begins to fall upon the village and meanwhile, Vasilisa’s stepmother becomes increasingly hard against her giving her the option to get married or go to a convent. Vasilisa must defy even the people she loves and call on dangerous gifts she has long concealed–this, in order to protect her family from a threat that seems to have stepped from her nurse’s most frightening tales

I really get caught by the promise and also the fact that it was focused on Russian myths did nothing but capture my attention even more, that and the fact that everyone seems to love this book. Honestly I thought that I would love it too, but it wasn’t like that, and even when I enjoyed many aspects, I couldn’t say that it’s the book I was waiting for when I go into it. The fact of having my expectations so high I think that has played against me. Since I finish the book I’m thinking how difficult it would be to review it and talk about it without offending anyone, but you know that my intention is never to be evil, I’m only transmitting my personal opinion to you and how I felt when I was reading it.

The plot sounds like a fairy tale and I found that adorable at first, I adore how atmospheric this book is, you can really feel like you are in those frozen forests and those white landscapes, it’s really beautiful to read about these places. Also I enjoyed the mythological aspects, as I said before, I think I had never read about Russian myths, so having a bit of that was great!, I feel I’m a little bit wiser about it now. .I found them super dark and magical and I think that, in the future, I would love to read something like this again

On the other hand, I had some problems with the way in which the book is written, I think that at first it’s quite confusing, there are many names and many characters which you must familiarize yourself with, and even though that’s very common in fantasy, this time I felt it was done in a disorderly way. I don’t know how to explain it but I felt that honestly it’s a very difficult book to follow, it changes characters quite often and that was so confusing for me, I don’t know why, but I think I could really understand how it worked when I was already in the half of it. The writing style itself can be overwhelming and in the end I think it just wasn’t my cup of tea.

The promise of the book focuses on Vasilisa, but even so during the book we follow the story of multiple characters especially of her family members. I loved Vaisilisa’s character she’s strong and stubborn, I loved that. I wasn’t expecting to follow this character as a child I thought the story would start with her being a teenager, but I liked knowing more about her upbringing and everything that she has to happen to become a young woman, even so, enjoyed much more this character after the half of the book, almost at the end. I think she has a great growth and I liked that.

As for the other characters sadly I’m not interested in any of them. I appreciate the variety of stories, I think that could work for a lot of you

I really enjoyed the last part of the book I feel it’s there when the story comes to its strongest point, many things happen, things I was expecting to happen, so I loved that. I think if the whole book would have been like that last part, would be a 5 stars for me. .Regarding the first part, I think it was difficult for me to commit myself to the story in general and there were times when I was so bored, it’s very dense at times and I can’t really ignore that

In general I think it’s a good book, it shows a lot of what Russian mythology is, we also follow an amazing character, I really think that Vasilisa is the best thing of this book, I love the girl. I love atmospheric books, and this is one of them. Yet sadly I couldn’t let go the fact that it’s very slow and heavy to read, also somewhat confusing at times. I recommend it anyway, especially if you’re looking for an atmospheric book and full of interesting myths, also if you like stories like fairy tales, this is a great option. Don’t be fooled by its size this is a long ride you guys.

14 thoughts on “Book Review: The Bear and the Nightingale by Katherine Arden”