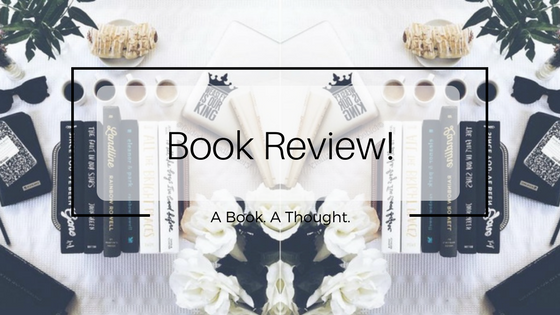 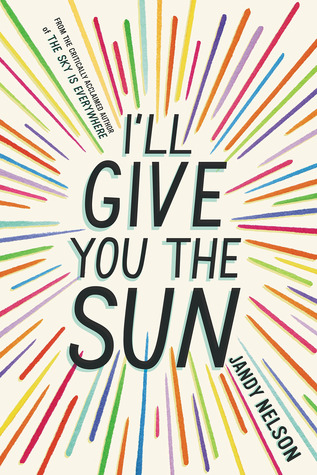 Title: I’ll Give You the Sun

Jude and her twin brother, Noah, are incredibly close. At thirteen, isolated Noah draws constantly and is falling in love with the charismatic boy next door, while daredevil Jude cliff-dives and wears red-red lipstick and does the talking for both of them. But three years later, Jude and Noah are barely speaking. Something has happened to wreck the twins in different and dramatic ways . . until Jude meets a cocky, broken, beautiful boy, as well as someone else—an even more unpredictable new force in her life. The early years are Noah’s story to tell. The later years are Jude’s. What the twins don’t realize is that they each have only half the story, and if they could just find their way back to one another, they’d have a chance to remake their world.

This radiant novel from the acclaimed, award-winning author of The Sky Is Everywhere will leave you breathless and teary and laughing—often all at once. 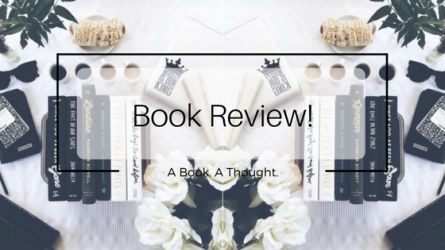 “I gave up practically the whole world for you,” I tell him, walking through the front door of my own love story. “The sun, stars, ocean, trees, everything, I gave it all up for you.”

Omg I love every part of the book, this is one of those that you want everyone to read it because it’s just so fabulous. Sadly I can only give it 5 stars, I need to give it more!.

I love the way this book is written is so sweet and intense at the same time, you can really feel what the characters are feeling, you can feel the plot almost physically there, it was a great experience, which made me add this book immediately to my favorites list

How do I explain this book ?: The plot is focused on two brothers Jude and Noah they are twins and they used to share a unique and very special relationship, but today in the present isn’t that way, since many events have made them separate more and more and throughout the book we are getting to know the reason for their unstable relationship and we are getting even deeper into their personalities, , their experiences and I personally have become very fond of them.

The book is told from two points of view Noah’s pov and his sister Jude pov, but also has jumps in time from the past to the present while the chapters run and we know in which time each chapter happens thanks to the characters ages. I adore the way the story is told I think it has given a touch of mystery and also has allowed the reader to know more in depth to the characters, has also been great for plot twists and revelations I think she’s given a clever approach

Noah is a very peculiar and unique boy, he’s passionate about drawing and his mind works in a brilliant way where all the feelings and people he met he express them with mental drawings and surrealistic images, which is great, besides he’s very good at it, he’s really talented when it comes to painting and creates amazing images and drawings. While we discover his passion for art we can also see how he has an internal struggle with respect to his sexuality, he’s discovering himself and I think he was always sure of what he really wanted but we still see him struggling against that, this is super interesting, the book touches sexual themes in several occasions which for me are well managed and let everything become something more crude and real. I don’t want to talk too much about because spoilers !, but his person, all that he’s, is simply pure, to me has been an adorable character and I have wanted to hug him countless times.

“Maybe some people are just meant to be in the same story.”

Oh Jude ,I love Jude, is a character quite prone to take bad choices, but I have felt very unite to her in the course of the plot, I think all her rebelliousness actions and her crazy behaviors, though I’m not justify any of her choices, I think they are very well explained, the way she feels about her mother, as she feels she’s put aside constantly almost forgotten by her is very hard to read. I’m very sensitive when touching this type of problematic relationship between mother and daughter since I’m very close to mine, it’s really obvious that Jude’s provocative behavior is to want to get her mother’s attention, it’s quite painful if you think about it. Leaving all this aside I love this character because although she didn’t see it from the beginning I think it’s as unique as her brother and her chapters were my favorite to read, is a character with a huge growth and I love how things have worked for her.

Speaking in general of both characters the difference of their personalities between the past and present chapters is enormous, I have liked to see as their personalities are inverted and we know new sides of themselves, sides that arise by past wounds and I think that they end up forming these new personalities as an armor to protect themselves from the truth, and not that I like that they are other people,but that gives you the possibility to see how a tragic fact in life manages to become a break point for them and changes them in such a way, I think it’s super interesting to analyze that.

In the chapters of the present we meet a much more athletic Noah, who has stopped painting, who has new friends and is more popular and at the same time we meet a Jude who attends an art school, which is a closed girl who pretends to be Invisible to the world and who also talks to her dead grandmother, which has been fun, is a paranormal touch but at the same time not, I think you get the conclusion when you read it

“His soul might be a sun. I’ve never met anyone who had the sun for a soul.”

I want to talk just a little bit about Oscar, because although the characters in this book are all sensational I think this one in particular deserves a part in the review. At first I thought that Oscar would be the typical bad guy in the plot and I was a bit disappointed by it, but then you can see that it is in fact much more than that, his relationship with the twins is fantastic and so magical, I think Oscar in a main point in the plot, his relationship with Jude was so beautiful, I love the way he felt around her and how he simply expressed it without problems, that relationship was my downfall. Oscar gets something wakes up inside Jude but also inside Noah and that was incredible

“Meeting your soul mate is like walking into a house you’ve been in before – you will recognize the furniture, the pictures on the wall, the books on the shelves, the contents of drawers: You could find your way around in the dark if you had to.”

I think the whole matter about their Mother has been a little predictable for me, I knew what would happen and what happened from the first moment , but even so I didn’t enjoy it less, I think it’s a great idea and also contribute a lot to the plot and you get to know another story parallel to that of the main characters

I love how fate works throughout the book, the way everything fits in the end is spectacular, I haven’t been left with any doubt, but still I would love to continue reading about the characters and know how they will follow their lives from now

I think the main idea of the book is that there aren’t only second chances, but there are thirds, fourths to fifths and I love that because I think that taking advantage of opportunities is important but if things don’t go as you want there will always be another opportunity and if don’t , you can create one!

“Quick, make a wish.
Take a (second or third or fourth) chance.
Remake the world.”

Everything the characters have learned is amazing, they have grown up as people, they have accepted their mistakes and tried again and again, they have been shattered deep down and come back afloat. This book is a masterpiece and I recommend it to everybody

44 thoughts on “Book Review: I’ll Give You the Sun by Jandy Nelson”