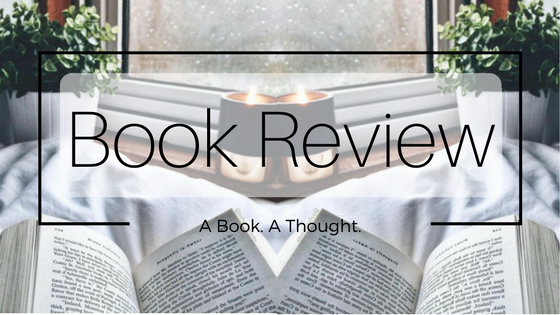 “Once upon a time,an angel and a devil pressed their hands to their hearts
and started the apocalypse.”

I feel sad that it’s over, but happy to have found this wonderful story, that now has a very special place in my heart.

I don’t usually start my reviews recommending the book, but until the end, but I can’t wait , I’m so excited to recommend this trilogy for fantasy lovers , The union, family, friendship and love play a very important role on it , especially the identity and discovery of who you are and what path to follow to make the world a better place , I also recommend it for those who want to enjoy a totally beautiful world building, it’s one of the most beautiful and real worlds of which I’ve read, and although the war is always present in these books has never lost the magic

Talking about the book in general, is high impact, I think it is arguably the strongest book of the three, in Dreams of Gods & Monsters we have many moments of tencion and great moments of emotion.

I have loved to see the human side of each character, it has not been easy for any, because it is certainly a long journey and full of problems, but still there has always been union, and is mostly what this third part is about , At the end we can see how Karu and Akiva try to unite their troops, which will not be easy, but even so they have dealt with alot of maturity, strength and conviction , I’m sorry but I’m so proud of my babies!
I’ll miss them so much !! 😦

This time, the Earth is in an eminent danger under the terror of the angels which makes everything much more complicated, since Karu will not only want to defend her world but she’ll never leave the Earth, which is her friend’s home and also was her home for a long time.
This kind of decisions that Karu has had to face with, I’ve found it so mature of her, t’s a character that has me very proud right now, always thinking about her race, the humans, her friends, her family and the struggle for the common good , I truly adore her and I think she has had a great end, she deserves it by overcoming so many obstacles.

“There is the past, and there is the future. The present is never more than the single second dividing one from the other. We live poised on that second as it’s hurtling forward—toward what?”

Let’s talk about the secondary characters

As you will know by now I love Karu and Akiva with my whole heart, they are so brave, they are simply fantastic, but I’ll leave them a little aside to talk about those characters who adore and have had a great impact and protagonist in this third book.

At the beginning of the book we know Eliza, a girl who is a research fellow in a natural history museum but beyond to be a normal student we can see from the beginning that she’s tormented by apocalyptic dreams and she have this dreams about monsters , which make us believe that it will play an important role in the story , which is true, and although we find us knowing nothing about her during most of the book, her identity will be a great revelation!, believe me, I spent almost all the time creating crazy theories in my mind about , who she really could be and all of them were far removed from reality, would surprise you ! and she have a great importance in the end of the plot.

Ziri is absolutely my love, he won my heart in this book, Ziri as the last Kirin is already causing me a lot of emotion because of that, but he shows us that he isn’t only the last of his kind but that he has a very warm and generous soul, he has helped so much, in fact I believe that without Ziri much of the things that happened would not have been possible, he’s a very noble warrior who would do anything for his people.
When we see things through his eyes is really moving, because despite his obvious feelings towards Karu he never let that control him, not even acts in a passionate or inresposable way, he always thinks about the good of others, I have seemed so adorable, he’s incredible, he also gives a new air to the plot gives a lot of sensations in the difficult moments and obviously shows that he doesn’t fear the sacrifice.
This character has made me suffer too much, I’ve cried with him and for him, in the end I feel very happy about the results of his life and I will miss him a lot without doubts.

Zuzana and Mik are adorable, I confess that sometimes they seemed a little out of place, since the vibe of these books becomes so obscure, they really don’t have any of that, so their presence was something strange for me
On the other hand also recognize that they are that drop of normality and fun that perhaps is needed by moments, its chapters greatly lighten the reading, which is great, and what more can I say? Zuzana is an incredible friend, who proves to be there for Karu at all times, living things that no human hopes to live in their life with the greatest of humors, is simply amazing! .

And finally I want to give a space to the great Liraz, at first she made me very nervous, to be honest I did not have any feelings for her, but everything changed in this book. Thanks to Laini’s writing, I was able to get to know more about this rebel serafina and I understood her and I was very moved by her story, her thoughts and how she discovers herself along the plot , she’s a fighter , ie , she was raised that way, and when she have never think about love before, love presents in front of her and it was beautiful, guys, I really appreciate that the author has joined these two incredible characters.
When she manages to open her heart, to recognize her feelings, I was so emotional and I think that in the end I’ll miss her, her loyalty to Akiva is unshakable and I love that feeling of brotherhood.

Finally I’m sad for one aspect, which is why I haven’t put 5 stars to the book, really is a series that I’ll never forget, I confess that I would love to have more books in the series I think that could do much more with how the things ended. As I said, there is something that I expected a lot to happen, that in the end didn’t happen, and it’s the appearance of a character that I love with all my soul and you know who it is if you have read the book, and if you haven’t, I’m sorry, I don’t want to make a big spoiler for you.. Anyway, I’ll miss him and even when I know it’s not supposed to be there for a long time now, I don’t know, inside of me was a hope and I’m a little disappointed, but I won one of those characters that I will remember forever, that’s for sure

“Happiness wasn’t a mystical place to be reached or won–some bright terrain beyond the boundary of misery, a paradise waiting for them to find it–but something to carry doggedly with you through everything, as humble and ordinary as your gear and supplies.”

Ok, I just have to tell you to read this trilogy, you’ll not regret it, whatever the genre you like this fits with all of them, I assure you.

.Thanks for reading my review, because if you arrived here, you’re the best, I was a little excited about it LOL 🙂